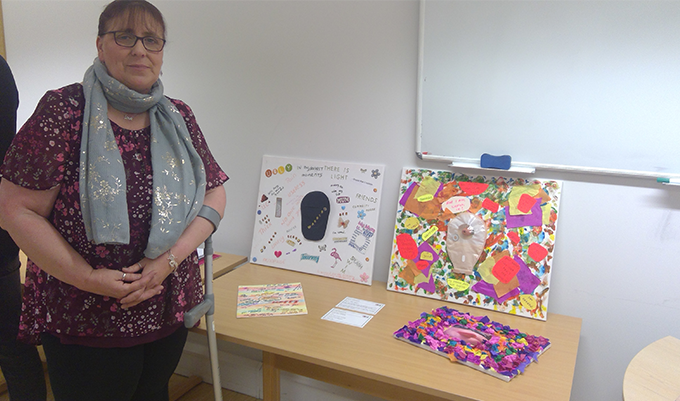 Jackie, aged 51, has had her colostomy for 5 years.

After years of suffering with depression, Jackie fell ill in 2013 with what she thought to be an upset tummy. The pain she was in became worse, she was struggling to leave the house. As a result, Jackie went to see her GP and had a referral to the hospital, but due to her excruciating symptoms, an ambulance was called and she was rushed into hospital.

Jackie was diagnosed with Ulcerative Colitis, “I was terrified, confused, I just wanted to go home to my son and husband’. After a few weeks in hospital, she was sent home on medication with appointments to see the IBD nurses.

Soon after, things went from bad to worse. Jackie had made the decision to ask the surgeon to remove her colon, with the surgery taking place a few days later. Waking up from the operation and seeing a stoma bag attached to her for the first time was heart-breaking for Jackie. Despite knowing that it had saved her life, she hated herself even more.

In 2017, she began suffering again and discovered that the Ulcerative Colitis had come back in her rectal stump, so the surgeon recommended this was removed. She and her family headed in to 2018 with plans to get well and get back to normal.

Jackie found her marriage suffering. There was no physical relationship, she felt dirty and worried about leaking during intimate times. Her husband would often make statements suggesting that Jackie should be grateful because it saved her life. More importantly, Jackie said “I was lonely and had no one to talk to”, her husband just didn’t understand at all.

Jackie’s world fell apart when she found out that her husband had met someone else and left her. It was heart breaking to know that her husband, the man that was supposed to support her through this dark time, no longer loved her. After losing her other half, she then lost her house as the landlord would not accept the fact that she was claiming benefits for her son. Life got darker and darker for Jackie, she says that she wouldn’t be here if it wasn’t for her son. 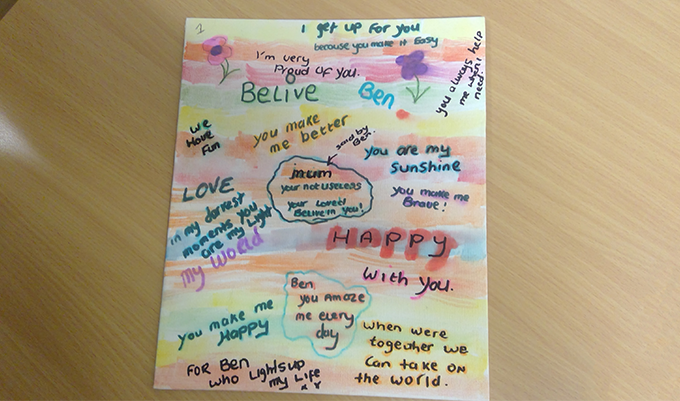 Jackie then met Salts Medilink Stoma Nurse, Tracey Leese– “She was amazing”. Jackie appreciated not only the stoma care support that she provided but having someone there to listen and understand her.

With courage, Jackie started to attend a group called ‘Friendship Friday’ at Community House in Selby. She met some amazing people here, people who actually wanted to spend time with her and help her, something she hadn’t experienced at the start of her journey. Through Community House, she also joined the Trauma Group. It was a safe place for her to talk, work through her problems, and express her journey through art work. This group really helped Jackie to open up, speak to people and realise that there is nothing to be ashamed of.

Here is some of the artwork that Jackie completed at Community House. Most of Jackie’s work was based around her stoma, it represents the trauma she has been through before and after having her colostomy. She also created a piece of work that is about her son, he is the light of her life. 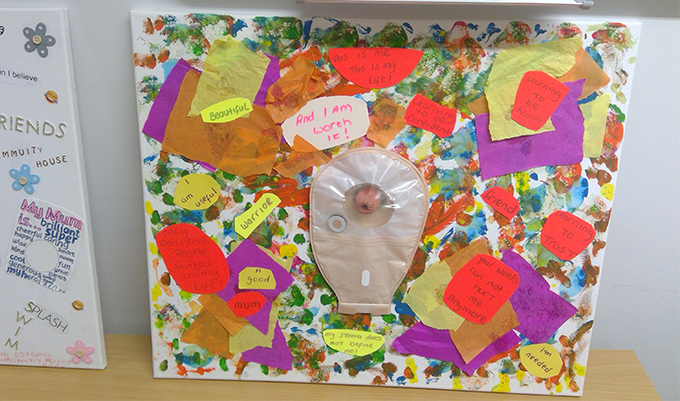 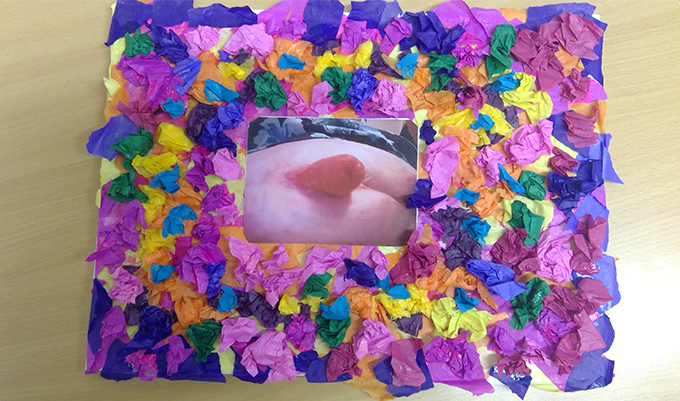 Life with a stoma is completely different for Jackie now. She no longer hates herself, she has actually started to like it. With her new found confidence, Jackie is starting her own stoma support group, it is way out of her comfort zone but she is getting stronger and stronger as the days go by.

She now has a new home and is moving on in life with her son. Some days are hard but that is totally normal. 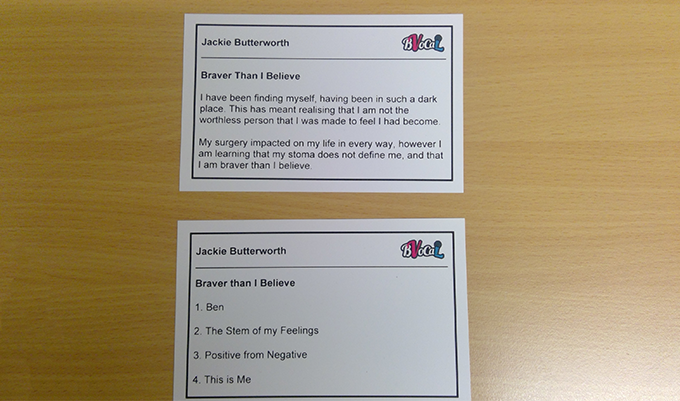 Jackie now understands that she is in control of her stoma and not the other way around. For any one struggling right now, thinking there is no one there to help, Jackie says “I am living proof that there is light at the end of the tunnel”.

Everyone has a story to tell and we love to hear them!